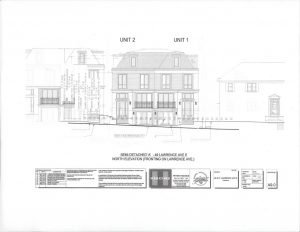 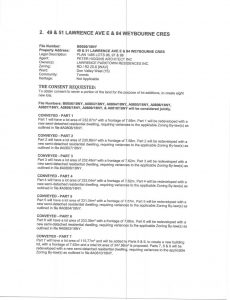 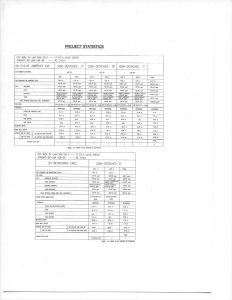 The Floor Space Index (FSI) of the homes on Lawrence Avenue is ​almost double the permitted amount; the FSI of the proposed homes on Weybourne Crescent exceeds the by-law by about one third the permitted amount.  ​Deviations of 30+ % or almost 100% should not be regarded as minor. Six driveways would be connecting to Lawrence Avenue East ​(currently 2) and ​two driveways would be connecting to Weybourne Crescent ​(currently 1). As well, the severance would create a precedent along Lawrence East and may result in the doubling of driveways along the block to Mount Pleasant and beyond. Further, the construction of 8 homes would result in a significant loss of green space and tree canopy - the hallmarks of Lawrence Park - landscaped open space and significant mature trees - would be decimated.

The proposal does not reinforce the pattern of land use in our area and the FSI variances are not minor. As such this proposal is not good planning and should be refused or modified.  The Lawrence Park Ratepayers Association intends to express its concerns to the Committee of Adjustment in an effort to have this proposal modified.

I encourage you to examine the plans for this application to form your own opinion. Details of the proposal can be found on the City of Toronto Application information Centre Website - We will post information on the LPRA website at: https://lpra.ca/future/development/

If you have concerns about the impact on our community of this application, please:

1) Write to the the Committee of Adjustment c/o Application Technician Brendan Clapp Brenden.Clapp@toronto.ca with a copy to our City Councillor, Jaye Robinson’s office councillor_robinson@toronto.ca and to development@LPRA.ca to outline your concerns, and

2) Attend the Committee of Adjustment Hearing on March 21, 2019 and present your concerns directly. Community involvement is very important in this context.